For Patrick Vaillant (mandolin), Daniel Malavergne (tuba) and Manu Théron (vocals), it all began with an infatuation for the amazing “cançons” of Victor Gelu, a remarkable 19th century poet who wrote songs in Occitan about and for the people of Marseilles. His repertoire is part farce, part melodrama, irreverent and witty. When the trio thought of reviving it they opted for the name Chin na na poun. This onomatopeia refers to the brass band and cabaret music Gelu so dearly loved. Later, they added original compositions to their repertoire and borrowed from various popular musics from Sicily, Naples, Sevilla, and even France!

All this had to be pulled together. Each member of the trio does things his own way but all have the same feeling for popular melody. Manu Théron, leader of Lo Còr de la Plana, contributes vast knowledge of the traditional repertoire and singing, Patrick Vaillant leads the Melonious Quartet and can draw on his knowledge of both academic and traditional music. Daniel Malavergne is a member of Auprès de ma Blonde and knows all about brass and reeds bands and street performing. They play with all sorts of options, minimalistic, schematic, deviant, with simple or madly elaborate harmony, a joyous mixing of esthetic codes. What counts is a real fidelity to the spirit of each theme, be it dark, grotesque, romantic or rebellious, that keeps the whole thing on track.

After beginning his musical studies at the Miners’ Brass Band School in La Grand-Combe, he undertook classical training (gold medal at Nîmes’ Academy of Music, Prize of the City of Paris). He then appeared on stage in traditional music festivals alongside Patrick Vaillant, Riccardo Tesi and Miqueu Montanaro, and then joined the theatrical stage with the Compagnie Carcara and the Théâtre de la Palabre.

Manu Théron discovered singing in Southern Italy and in Bulgaria, which he scoured for more than four years, assiduously frequenting traditional singers and choirs. The persistance of cultural and social practices linked to singing in these areas, their connexions with dialectal oral litterature, and above all the absence, in their daily manifestations, of any reference to an institutionalized folklore, all this persuaded him that a similar practice could have a great significance in his hometown, and could give rise to a reappropriation of historical and cultural landmarks that are cruelly neglected in Marseilles.

He founded the Melonious Quartet, the first modern mandolin quartet in France. His eclectic approach to the mandolin, the Mediterranean lighting he gives to the instrument, his knowledge of traditional music (he led the Musical Practice Workshop in the Musicology / Ethnomusicology department at the University of Nice-Sophia Antipolis and took part in the coordination of traditional music with ADEM 06), as well as his mastery of improvisation, have earned him international recognition.

As a composer and arranger, he collaborated in many and various ways in jazz, chanson Française, Mediterranean music, children’s songs, ballet, theatre… 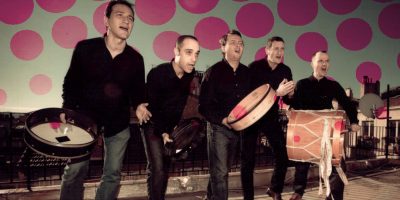 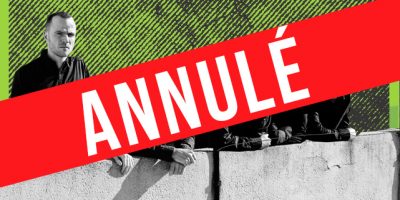